Caltech's 120th Commencement Ceremony, held on Friday, June 13th, 2014, celebrated the accomplishments of 526 graduates. Awarded were 197 bachelor's degrees, 148 master's degrees, 2 engineer degrees, and 181 doctoral degrees. The graduates were addressed by the Pulitzer Prize-winning author Daniel Yergin, a leading authority on energy, international politics, and economics, and a recipient of the United States Energy Award. He inspired the graduate students with an address that encompassed six "lessons," including the advice to be curious and to act on one's convictions to change the world. [Facts about the Class of 2014] 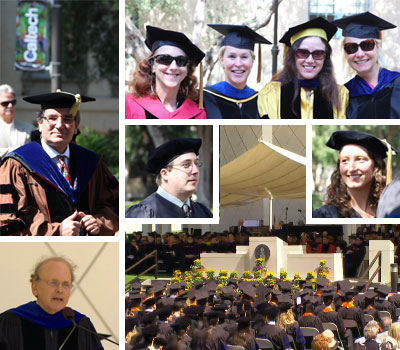