To make an exact copy of an object with a 3-D printer, you must first produce a high-resolution scan of the object with a 3-D camera that measures its height, width, and depth. The most sensitive systems generally are too large and expensive to be used in consumer applications. Ali Hajimiri, Thomas G. Myers Professor of Electrical Engineering, has created a new device called a nanophotonic coherent imager (NCI) that is an inexpensive silicon chip less than a millimeter. The NCI provides the highest depth-measurement accuracy of any such nanophotonic 3-D imaging device. 3-D imaging may be a possible feature in future smartphones. [Caltech story] 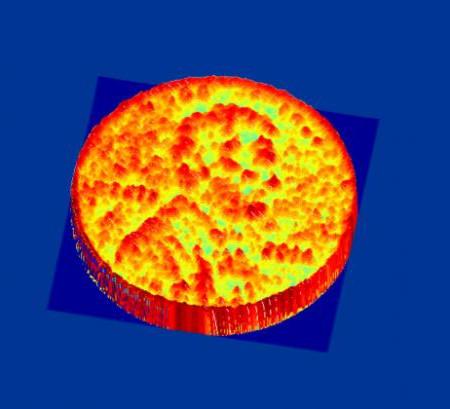 A 3D image produced by the new NCI chip.